JacquelynEdwards-Rowe started her wellness journey on an organic farm in  rural Delaware, where  she learned the value of living from the earth, raising vegetables, seasonal fruits, and poultry and an eclectic mix of farm animals free of commercial hormones and toxic ingredients.  Fresh out of  high  school,  she  landed  her  first  job  at  a national chain health food store.  Five years later, she began working for a privately owned organic grocery and supplement store.  The owner mentored Jacquelyn, aiding her studies and providing an environment that encouraged growth and constant learning.  She went on to study Naturopathic Counseling at Clayton College of Medicine, graduating in 2002.  Jacquelyn was introduced to Reiki Healing in 2004, first earning her level I in 2006.  She is a Certified Reiki Master Teacher and Practitioner, and is a member of The International Association of Reiki Professionals. 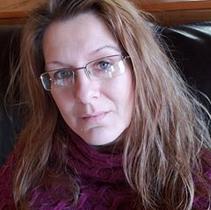 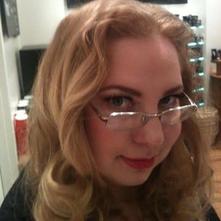 Rev. Amy Blackthorn has been described as an "arcane horticulturalist" for her Green Witchcraft, her work as a Plant Spirit Oracle and her history of teaching hoodoo and the creation of herbal remedies.  Amy has 23 years in Paganism and various magical traditions. Amy started her formal schooling in horticulture, herbalism, and agriculture more than eighteen years ago, and somehow all of that higher education didn’t stamp out her love for the arcane, occult and mysterious. She has taught classes from Maryland to Toronto, Canada and out to Arizona. She has been called on as a Media liaison for ABC television, and the Sci-Fi Channel.  Her interviews have appeared in the Associated Press, Baltimore Sun, BankRate.com, the Boston Globe, the Huffington Post,  Stamford Advocate and the Connecticut Post in matters of alternative religions.  Amy has been an active member of her local religious communities for more than nineteen years. She enjoys working Green Witchcraft and incorporates her experiences in a British Traditional Witchcraft setting with several years of hard work including Horticulture studies.  Amy uses her plant knowledge to create tea recipes from old hoodoo oil recipes.